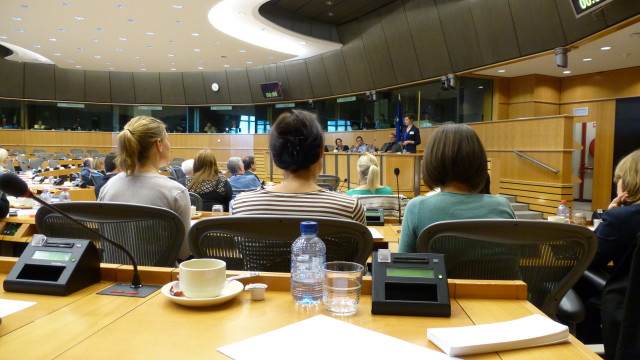 The European Parliament. We have an interesting, open talk with the spokesman of one of the politicians a.o. about the difficulty of proposing an alternative to the system while being part of it, and about the lack of what is political in the essential sense of the word (going back to the polis) in a lot of our democratic political institutions. Then we enter one of the many big conference spaces. Time matters, 15 minutes is a lot. So much going on: people going in and out, different kinds of information traffic, changing faces. Then, a moment. Silence. The words are alien in this context, there’s resistance. The 23 translators behind glass look flabbergasted. They never had to translate words like “love” before. 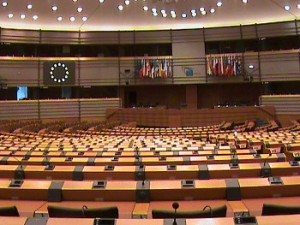